Fossil fuel power stations are the biggest source of CO2 emissions. In contrast, renewable energy comes from everlasting sources like wind, water, sunshine or plants and produces minimal CO2. By choosing renewables, you send a powerful signal to government and industry. 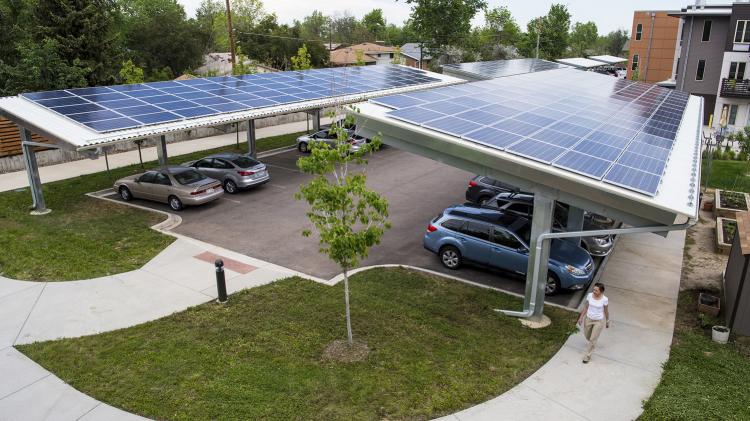 This action refers to getting renewable energy from the mains grid. For generating your own energy, see Action 10: 'Generate your own electricity'.

Every country has a different energy mix and energy market, so these are only general guidelines. For example, if you live in Iceland or Idaho renewable electricity is the norm (from geothermal sources). If you're in Brunei or Wyoming it’s almost unobtainable. In most places, the situation is somewhere in between.

Find the proportion of renewables in your national energy mix.

If you have a free choice of domestic energy provider, and if a reasonable amount of renewable energy is available in your area, choose a supplier who uses only renewable energy sources by searching on the internet or getting a personal recommendation. Look at several companies and at a neutral review site. You may want to find out which kind/s of renewable energy your chosen company uses before you commit.

When you switch to a renewable energy company, you are supporting the future of the renewable energy industry. By showing the government and mainstream energy suppliers that you wholeheartedly support renewable energy, you can help convince them to increase the support they offer to renewables.

Currently global electricity demand is increasing faster than renewable supply, and the fall back is fossil fuels. All energy generation has some environmental impact so, alongside choosing a renewable energy supplier, find out how much energy you currently use and do everything you can to reduce it.

The rest of this page explains the basics of renewable energy; what it is, why it’s a positive thing, its advantages and disadvantages.

An introduction to renewables

Before the Industrial Revolution, most lighting and heating came from “bio-mass”: wood, grass, mosses etc. Other renewables included animal power, wind captured by mills and sailing ships, and watermills. Then we discovered coal, which fuelled the industrial revolution, and later learnt to tap oil. The 1950s saw a new drive towards renewables. Solar and hydro were seized upon by those concerned about population growth, pollution and the finite nature of fossil fuels.

Since then, there have been debates about peak oil, and energy security has become a major concern to world leaders. The most immediate problem is climate change. Most renewable energy sources have minimal carbon output once installed.

According to the International Energy Agency, the amount of electricity produced globally from renewable sources was 22% in 2013:

Renewables are by definition unlimited, but not all are equally environmentally friendly. Here are some of the most common types of renewable energy with their key advantages and limitations. 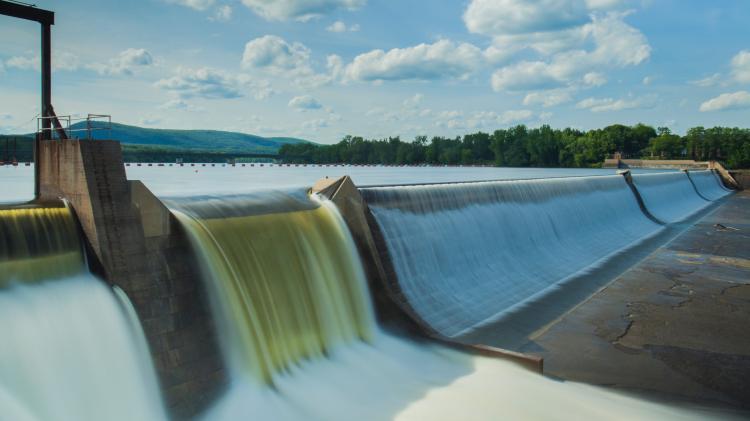 Produced by controlling the flow of water through a dam. Globally, it generates 3,500 terawatts of power. Advantages: Low cost. Requires no fuel, so no mining, processing or transportation. Very clean. Disadvantages: Building a dam destroys landscape and changes ecology. In tropical areas may cause methane output from reservoirs.

Generates power from the daily tides. Advantages: More predictable than other renewables and can produce a lot of energy. Disadvantages: Very expensive and is mostly still in development stage. Limited to places with a wide variation in tidal range; most coastal sites unsuitable.

Two types: Photovoltaic (PV) - uses cells to convert sunlight into electricity and  Concentrated Solar Power (CSP) - uses solar heat to drive a turbine. Advantages: Will last as long as the sun. Relatively cheap. PV is easily installed at domestic scale. Disadvantages; Most people use solar during the day and grid power at night which is not 100% renewable. Using solar power at night requires battery storage.

Giant windmills that generate electricity as they turn. Advantages: Wind is a potentially limitless source of energy. Available everywhere. Wind energy is efficient and very low cost. Disadvantages: Wind sources are best out at sea or on broad plains so require expensive infrastructure to connect to cities. Wind is not constant and varies from day to day.

Feeding off the constant heat generated by tectonic plate boundaries and volcanoes. Advantages: One of the cheapest and cleanest forms of energy available. Disadvantages: Very geographically limited. A heavy upfront infrastructure cost.

Biofuel is the production of fuel from processed raw plant material or extraction from decomposing matter (bioethanol). Biomass is burnable organic material like wood, grass and animal manure. Advantages: 100% renewable as long as vegetation is planted to replace what we harvest. Flexibility of source; many crops can be used. Localised supply. Disadvantages: Energy output much lower than fossil fuels. Requires much land, meaning less space for food and biodiversity.

Obtained from decomposing biomass (sewage, food waste, agricultural waste etc.) in tanks called biodigesters. Could meet the natural gas needs of 50% of American homes. Advantages: Produced from waste. Can be supplied through the existing grid and appliances. Disadvantages: Still a very new technology. Requires a lot of  new infrastructure to create biodigesters and to collect waste.

Switch to a renewable energy supplier

Talk to your school, community centre, place of worship etc. about switching

Support campaigns to increase renewable energy supply in your country

Can 100% renewable energy power the world?

Renewable energy projects for the classroom